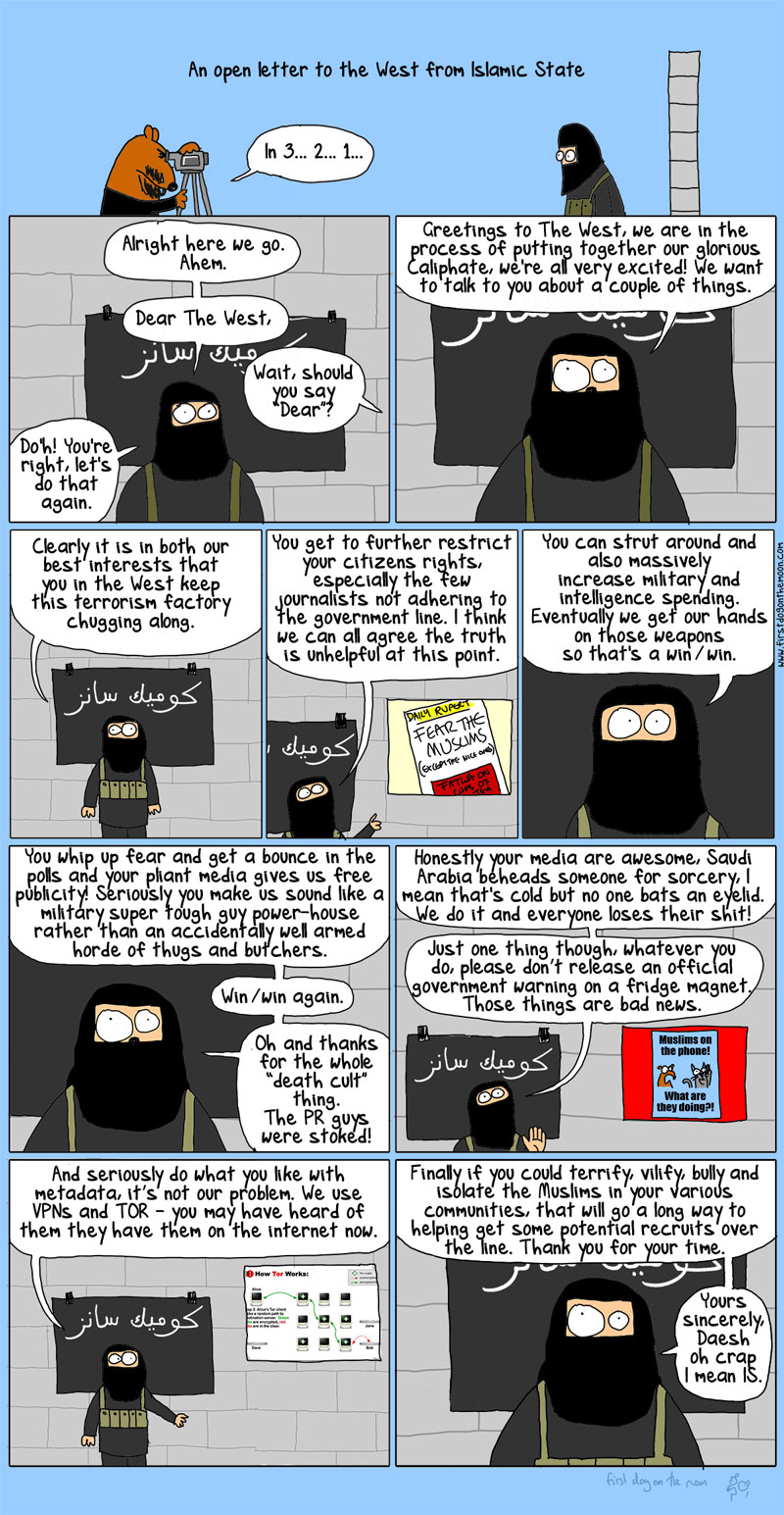 Back in 2002/3 when we were demonstrating against the war it seemed so much simpler. Now, though I can see the case for air strikes, that to leave those fleeing IS without air cover could result in massacres which will be filmed and shown to us, it feels like we’re trying to put out a fire with parrafin.