Back after almost a year away. Things don’t seem to have changed much.

Getting the train up here from Eastbourne, where I’ve been staying for the past week, took about 3 hours since no trains were running between Lewes and Three Bridges, and then the Victoria Line wasn’t running so there was another replacement bus, though taking the bus gave me a chance to look at London. After Paris it looked quite chaotic, a lot more messy, though a woman from Hong Kong I met in Paris last February was telling me she thought London was much cleaner than Paris. But I mean messy on a larger scale. Not litter on the streets so much as the buildings and the layout. Central Paris has quite a unified feel about it, whereas London has various bits and pieces that don’t seem to be part of any overall plan – if Paris is an organized garden like Versailles 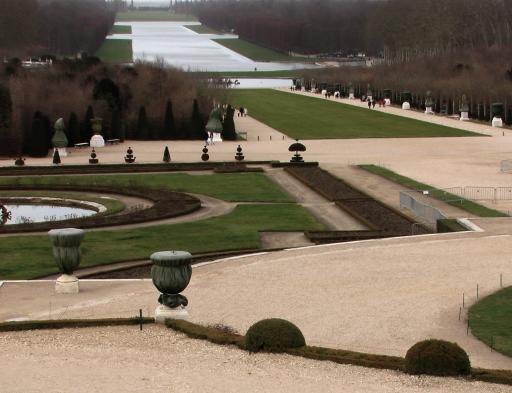 London is more like an area of wild scrubland.

As I walk up Brixton Hill with my backpack I notice the Housing Benefit offices have been done up, with new glass doors, and there are some new blocks of flats opposite. A woman I overtook a minute ago calls out: Got a cigarette, love?

I go into the Costcutter shop that used to be my local to buy a bottle of wine. I recognize one of the women working in there but I’m not sure if she recognizes me.

A new restaurant has taken over what used to be the camping shop on Brixton Hill. It has a load of blue lights in the windows a looks more like a nightclub. That building has had about one restaurant per year for about the past five years. None of them seem to do very well. The last one, that was there just before I went away, was an Ethiopian restaurant. I don’t remember ever seeing any customers in there.

On Blenheim Gardens estate they’ve cut down some elm trees, though the trees behind my flat are still standing. Just before I went away I had to pay about £600 for works on the estate. If I’d known I was paying for them to cut down trees I would have refused.