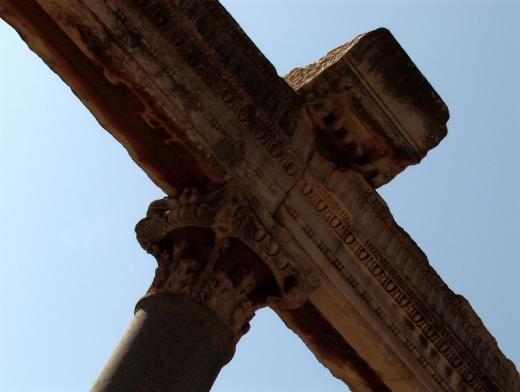 – I like Turkish people. So would you describe yourself as a European? I’ve been to other countries in Europe and they don’t like us much. The French don’t like us, but in Turkey the people are so friendly. Your Ataturk was a great man, he really brought your country into the modern age, and look at you now: a developed country that’s neither muslim nor christian…

– Actually Turkish hospitality goes back many hundreds of years.

– So would you say you were a European? You’re not like the rest of Europe.

The American woman went on talking for a while longer but I lost track of what she was saying. More of the same I think, just phrased differently.

The museum, containing statues from the old Roman city of Ephesus, had signs up indicating no flash photography – a picture of a photo flash crossed out – and they actually had wardens enforcing it. I saw one of them going up to a woman, another American I think, and showing her how to set her camera so that it didn’t flash.