Now on the train down to Stockholm, an overnight train from Kiruna in the north. There is still some snow outside, but not that much. Up in Kiruna there was thick snow and the rivers were frozen, though some people have said that usually at this time of year Kiruna would be a lot colder. It was around zero, and to me felt quite cold, though with my long johns and long scarf I was okay, but apparently it would usually be ten below zero in mid-March. A Swedish guy on the train was saying there’s a definite change in the climate. We used to get really cold winters, but now we don’t any more. A French couple in the same compartment say that they don’t have winter in France any more.

On 2nd March I took the Hurtigruten coastal steamer from Bergen up the coast of Norway. They give you a 60 percent discount if you set off on a Thursday, Friday or Saturday. The 2nd was a Thursday. It was 22:30 when the ship left. By that time I’d had a look around. There was a swimming pool and jaccuzzi on board. It would be nice to have a swim but I hadn’t brought my swimming trunks. I’d have to buy some. Buying things in Norway is best avoided if you can help it. Norway makes Sweden appear cheap. Many Swedes go to Norway to work in the construction industry.

Last night a Chinese guy was questioning me and the French couple about political issues, such as our attitudes to George Bush (always the same question, always the same answer), and then he was asking me about the health service in Britain. He had heard it cost a lot of money to have health insurance in Britain. I told him it was free. If I got ill or had an accident I wouldn’t have to pay anything. But this friend of his was paying a lot, he said. I told him if I broke my arm I might have to wait 3 or 4 hours before I was seen to, and then he said yes, that’s what I mean. It’s fucked. So you have to pay to get treated quickly.

This morning he was asking me if Yankee is a term of abuse. If preceded by bloody or fucking then it can be, but not necessarily, I said, then the French guy talked about Yankees and Confederates. The Chinaman cut him off: I know my history! Chinese people don’t have specific terms for particular nationalities (like Frogs, Krauts and Yanks). All foreigners are foreign devils. What about the Japanese? They are the foreign devils across the East sea.

The Hurtigruten docked in Alesund at about midday and I headed for the shopping malls to get some swimming trunks. Alesund is not a very big town and there wasn’t a lot to choose from. Only one pair in one shop costing £25, so I got them, and then climbed 418 steps up a hill and looked down on the town. I must have come down the hill a different way to the way I went up, or done something different near the bottom, because the boat wasn’t where I thought I had left it. Because there is water on both sides of Alesund it’s hard to get your bearings. The alarm on my phone went off telling me I had 20 minutes to find the ship before it left. I climbed up a small hill, high enough that I could see where I was, and spotted it. It’s a big ship so hard to miss. Room for 1000 passengers, though I think there were far fewer than that onboard as we left Alesund.

When you leave the ship you have to swipe your smart card, that also functions as the key to your cabin, and you have to swipe it again when you return, so I wonder if they would leave without one of their passengers. Their system must be able to tell when everyone is back onboard. 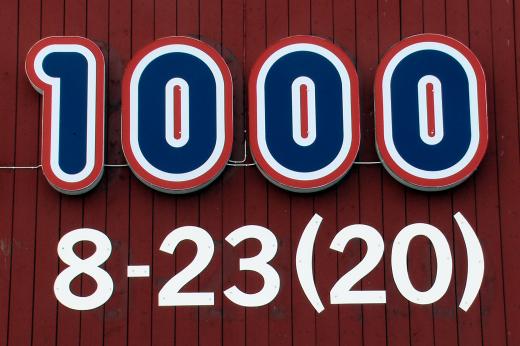 I got off finally at Bodø, 3 days up from Bergen and just above the arctic circle. There was a cold Easterly wind blowing and the pavements were covered in ice. I stayed in a cabin on a camp ground on the edge of town. One or two of the other cabins were occupied on the first night I was there but the follow two nights I was alone. It was a 40 minute walk from the centre of town. The guy running the campsite seemed baffled as to why I wanted to stay there, but was quite pleased to take my money. He gave me a discount for the third night. When I arrived he asked if I was on my way to the North Pole. I had planned to get back on the Hurtigruten the following Thursday when I could get the 60 percent discount again and do the remainder of the trip up to Kirkenes on the Russian border, but after checking out accommodation possibilities in Kirkenes, and trying to get a Russian visa, I decided this was not such a good idea for the moment.

The process of getting a visa to enter Russia seems quite involved, and a bit of a rip off. First you have to get an invite, which the authorities will give you if you pay them £32, but they insist on faxing it to you, which is a problem if you’re not in one place long enough to receive a fax. Then once you’ve got the invite you can apply for the visa. At least I think that’s how it works. So I needed somewhere I could stay for a while without it costing too much.

When I had problems getting into Yankeeland in 2005 what eventually persuaded them to let me in was me showing them this blog. Perhaps I’d better not show this posting to the Russians. If I ever do get the visa I wonder if the Russians will photograph my retina and take my fingerprints like the bloody Yanks did. When you’re crossing a national border you have to give up all your rights if you want to get across. The nice thing about travelling in Europe is the only place so far I’ve had to show my passport was when leaving Britain.