In the bar yesterday evening an Indian guy, slightly pissed, was saying all you Westerners you come over here because you’re empty and you fill yourself up with anything you can find, like a rubbish bin, you take it all in, you don’t reject anything. You come here with no God, no belief, and you go away full of rubbish. You’re all looking for the void.

If we’re empty we don’t need to go looking for the void, do we?

I agreed with a lot of what he was saying, but I didn’t like the way he was saying it, and I felt like an argument, so I argued, but it was pointless.

He was with an English guy who had a theory that the world was a body and each nation was a part of the body. People asked him what various countries were. What’s England? England is the intellect. And Germany is the motor section of the brain. And America is the imaginary monkey that torments the brain. 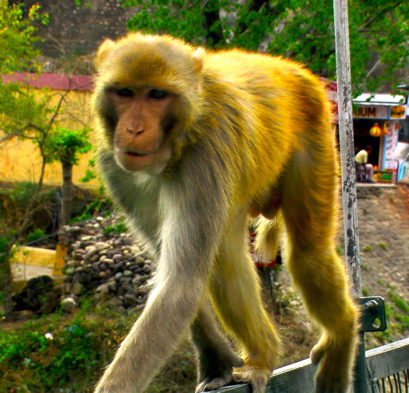 What’s Spain? Spain is the tongue – th th th th th thaybaytha por favor. What’s Italy? Italy is the chin – it looks like a chin, with a beard. What’s Russia? Russia is the back. What’s France? France is the nose, of course. He sniffed across the table. He was with an elegantly dressed French woman carrying a dog. She didn’t seem to object to being described as something that comes from the nose. What’s China? China is the arse. (There were no Chinese at our table, even though statistically there should have been since one in every four people is Chinese and there were six of us.) Australia is the feet, an Australian said, proudly. Where are the testicles? They’re under water somewhere. So the world is male? It’s both sexes.