It looks like I’ve found a place that’ll send the bike back to England. It’s going to cost 4000 Rupees (more than £50) but it’ll be a relief not to have it. I’ve hardly cycled at all since I got here and didn’t cycle much in Thailand so it’s really just been a burden, making travelling around way more awkward than it needs to be.

The place is in a tiny office below street level, with a door even I have to bend over to get through, just down the road from where I’m staying. I’d walked past it many times.

There’s a lot of bureaucracy to get through though. They were asking for documents to prove it was my bike, which I don’t have, and documents to show that I’d brought the bike over from England, which I don’t have. I’ve just carried the bike as an item of baggage on each flight, and airlines don’t give you documentation for your own personal baggage.

The bike, a GediBikes’ Rush Hour, was built in July 2005 by Ged Parsons in his open air workshop in Forest Hill, London. Custom made to my specifications, using all the best available parts. Once it was loaded up with lugguage it looked like this. 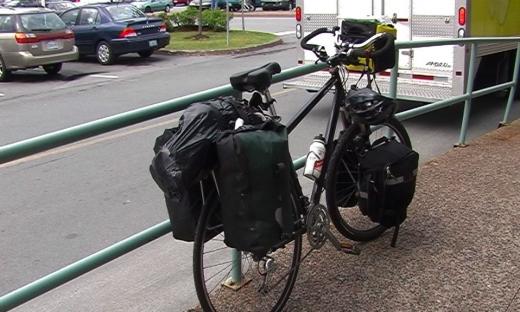 That was taken on the first day’s cycling in Canada, just outside Halifax, Nova Scotia. This image is from the GediBikes UK website: www.gedibikes.co.uk. Click on the image to see it on that site.

Here’s another from the same site, featuring my legs: 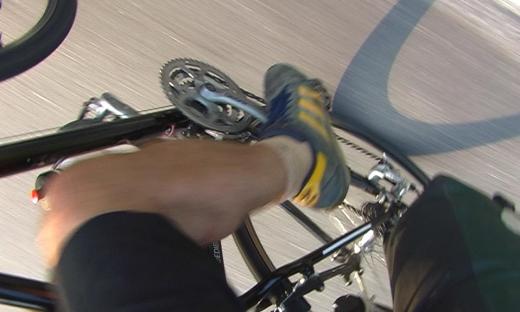 Images from all the way across Canada can be seen at paul.turnpiece.net, though not that many of the images feature the bike since I was sitting on it for most of the time.

When I was crossing the border from Canada in Maine, USA, American customs were a bit suspicious for a while, wanting proof of where I was going and what I was doing. They kept me there for half an hour, emptying out my paniers, asking loads of questions. It wasn’t until I showed them this website that they let me into the country.